We need to install a cookie to continue. This message is displayed only once.

Vigo is the largest city in Galicia, but it’s possible to discover much of its past, present and future by taking a one hour walk. This Vigo in 60 minutes tour starts in the centre, where Urzáiz and Príncipe Street meet; there’s a streetlamp, designed by Jenaro de la Fuente in 1932, that is one of the locals’ regular meeting points.

From the streetlamp you’ll see the white silhouette of the MARCO, Museo de Arte Contemporáneo de Vigo (Vigo Museum of Contemporary Art), a building that was once a jail and courthouse, and now houses the most modern cultural exhibitions. This is also the entrance to Príncipe Street, the most popular shopping area in the city, which owes its name to Alfonso XII.

By following this pedestrian street to the end we’ll have reached the Porta do Sol (Door of the Sun). It’s called a door, although there is none, because it was one of the seven entrances to the ancient walled town. This is where we’ll find El Sireno, a sculpture by the Galician artist Leiro Francisco, which represents the union of Vigo with the sea through a hybrid of a man and a fish, and one of the city’s symbols.

Straight across the street, we’ll find the Praza da Princesa, which formerly held the fish market. The fountain called the Angelote commemorates the reconquest of Vigo, when Napoleon's troops were driven out in 1809, making it the first Spanish city to rise up against the invaders. The courage of the people was rewarded with the title of city, and since then, the Festa da Reconquista is celebrated every 28th of March.

Vigo’s area where you can feel the Reconquista the most is the Old Town, whose streets witnessed the battles. We continue from Praza da Princesa to Praza da Constitución, where you can see the old city hall, now the headquarters of the Casa Galega da Cultura (Galician House of Culture). Here, we can admire the arcades of the 19th century buildings used by the artisans to sell their products. The streetlamp in the centre of the square was the first electric light that was turned on in the city.

If we continue down the left side of the square we’ll find the Rúa dos Cesteiros, a street where you can still find craftsmen’s workshops, and the Praza de Almeida with its Casa de Ceta, a 15th century house, the oldest in the Old Town and the headquarters of the Camoes Institute of the Portuguese language. The square honours Portuguese Lieutenant Almeida, who helped reconquer the city of Vigo.

To the right of this square you’ll find the Church Colegiata de Santa María, which houses the image of the Cristo de la Victoria, whom the victory over the French is popularly attributed to. Just below that you’ll see the Praza da Pedra, where the people of Vigo met to resolve their disputes in the 16th and 17th centuries. This is where our tour ends; we can browse in the flea market or finish the route by tasting oysters from the estuary in A Pescadería.

The MARCO’s back street, Londres Street, has a terrace with a wall of ivy that is perfect for having a drink. In the Old Town, you’ll find plenty of bars and restaurants, especially in Praza da Constitución.

The MARCO opens every day of the year except Mondays and is free of charge.

The oyster sellers in A Pedra are there every morning of the year, as well as evenings in summer. 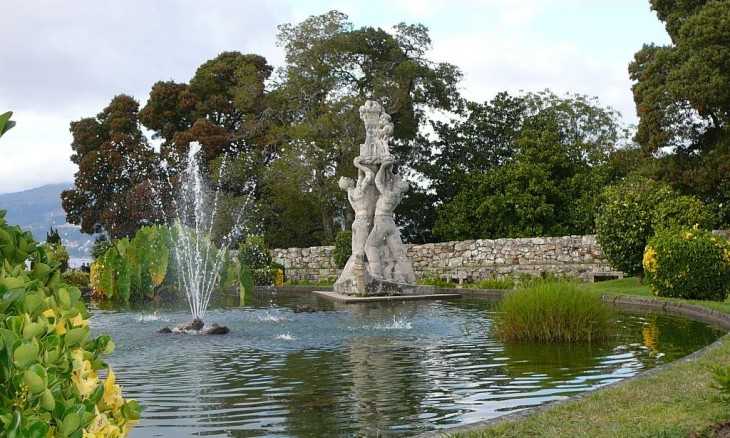